USS Stargazer, NCC-2893, constellation class starship belongs to one of the first ships I modeled. It was my first attempt to break with the usual “bird base” and to ttry something different. I wanted to see what all would be possible, and began to experiment. Step by step I’ve got a mix of bird and frog base. In the new base figure I saw the possibility to form a saucer and four nacelles, which immediately reminded me of the USS Stargazer.

Currently there is only one version of this model, which I constantly modify with sometimes more, sometimes less success. The model can be no doubt, the first ship, which was under the command of Jean-Luc Picard. However it has very few details and is quite inaccurate. The biggest inaccuracy here are the connections between the nacelles and the hull of the ship. 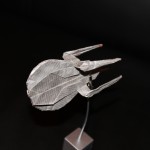 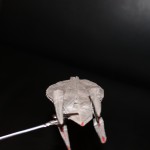 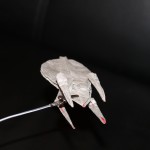 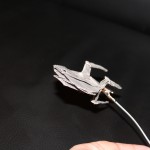 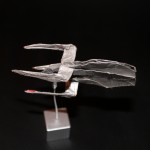