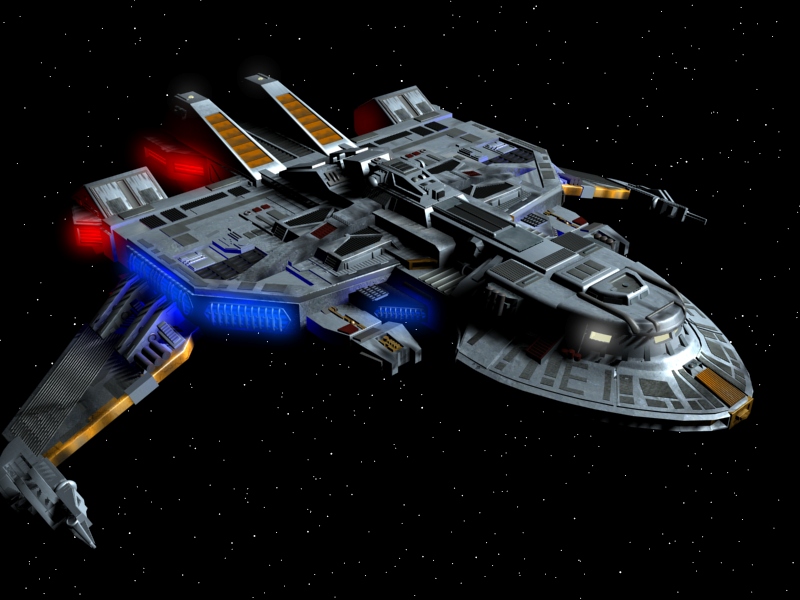 Marquis Fighter was the first model, which was developed by me specifically. I really wanted to design something new. When searching for the photos on the internet that I could use as a template, I came across the image above of the Marquis Fighters. I found this little ship very beautiful and especially so different than anything I had developed so far that I decided to design it as an origami model.

Prototype and the first version

The experimentation with this model was great fun. I started several attempts, experimented with frog and crane base figures. And in fact every time I was happy with the result.

However, the desire to bring in even more detail in the model drove me to further experiments. In the end I opted for a mixture of frog and crane as a base figure. 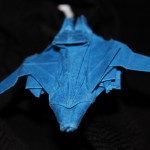 Unfortunately, I crept into the first version of an error. I had been so long engaged in the design, that as the model was finally done, I put it aside. And there it was. When I started to create my website, I took the model a single time for the photo shoot, then put it back again and eventually forgot where. Because of the elapsed time I could even not  remember the individual folding steps. And so it would have been probably, if I had not received the proposal to bring my models on the Origami Convention in Weimar. Marquis Fighter had to be quickly found and / or refolded. The Search for themodel failed. Usung my memory fragments I began reinventing the model.

The finished model is slightly different from its predecessor. Although it lacks some of the details at the rear, but it is a lot cleaner folded. Especially the lacking details did well only in the photo, but if you held the model in your hand, then saw more like kneaded rather than folded.